Posted by Lynne on June 25, 2012
Those of you who read my blog occasionally (and I thank you for your kind interest) know I have not been able to stand for over five years due to the damage done to my joints, muscles, and nerves from the Neurological Disseminated Lyme Disease I contracted in September of 2007.  It has been a long and painful journey that has robbed me of my mobility and left me with unending pain.  During this period, I have also had to fight breast cancer which I still continue to battle through a very strict natural regiment.  Even though I have had clear cancer numbers for over 2 years, I will be on the regiment for the rest of my life to assure it won't return.  However, if you were to ask, the greatest difficulty of the last five years was not losing a breast or even the intense level of pain which requires morphine every 3 hours to keep at a tolerable level, no, the greatest challenge has been not being able to walk.


I have lost significant range of movement in all six joints in my legs and hips as well as some joint deformity after so many years.  More than once I would have liked to have just given-up but I was blessed with a husband who wouldn't let me.  He has always believed I would one day walk again and I have put all my efforts into making that happen.


Once the swelling went down in my legs, Josh searched the northeast over for a Physical Therapist we could trust and the Lord brought us to, Mo.  She also has battled cancer successfully and has pushed past the pain in her own life to help others.  She understood my condition was neurological as well as muscular and knew exactly how to begin treatment.  We both knew she was the right person from the first session.  I have never once doubted anything Mo has said.


We are now 12 sessions into our treatment and for the first time in 5 years, I stood up.  My legs are still not straight and the heels of my feet couldn't go all the way down on the ground but we proved, my body was still willing to stand.  The first time up, I needed a little help to get vertical but the second time, I was able to pull my body up on its own using my legs to steady my weight.  For years I took the simple act of standing up and down for granted.  It never occurred to me to be appreciative of the fact I could decide when I wanted to stand and when I wanted to sit, until, one day in the middle of March 2008, while walking to the bathroom, my knee locked and I found myself on the floor.  Since that day, my legs never moved right again, the disease finally hit the central nervous system and, many believe, the spinal cord, in such a way, it shut down the messages necessary to walk...until now.  My muscles, nerves, and brain are beginning to remember how to do their jobs again.


Even though standing there was painful, the tears that started to flow weren't from the pain, those were tears of joy.  Ben snapped a quick picture and sent it to the most important man in my life.  I wish I could have seen Josh's face when he flipped on his phone and saw the texted picture of me standing once again.  It didn't matter Mo and Kevin had to steady my legs or my feet still wouldn't go flat or my knees were still at a -58 and -25 degree angles.  I was standing and that was all that mattered to anyone.


There is an even greater significance to my standing today, a slightly personal one... Josh and I  have wanted to renew our vows for some time, in fact, I managed to get bit the second time by an infected deer tick while walking the wooded area of Sussex County all in the name of trying to fit back into my wedding dress.  Instead of a my 2 mile power walk, I ended brushing up against a bush, that housed a tick, that carried a disease, that bit my skin and gave me Lyme Disease.  So, the renewal of our vows was put off.  I didn't want to roll down the isle to my husband...I wanted to walk down the isle to him, in my original wedding dress.


Standing there today, even as precarious as the whole thing was, the first thought that went through my mind was, one day, I will be able to walk the isle to Josh.  I am a realist, I know we have a long road to go.  There is so much that needs to happen.  I have casts and braces and supports and grueling physical therapy session in my future but none of that matters.  Today, I had hope.  Today, I saw the world from a standing position.  Today, gave me the strength to make it to tomorrow and work even harder.  Somehow, I think Mo knew that is the effect it would have on me.  She's just that good.


There is one thing I know beyond a shadow of a doubt.  No matter how hard I work, how much time Josh spends stretching out my muscles every night, how long Victoria massages my legs or how many therapy games Ben and Sam work with me on, it is going to take God to make this happen.  He is the only one that can connect the lost message network in my neuro-systems that were damaged by the disease.  He is the one that created it all and only He can make it right again.  So, while all our hard work is necessary, in the end, it will take God's Hand.  On the day I walk down the isle to renew my vows to my husband once again, our family will be grateful for so much.  Even though this trial has been hard, almost breaking us at times, God has brought us through and in the end, we will be stronger, closer and will have learned a little more about God's character, which isn't always what we think it is, but is always right and true.  Never has the distance of 10 or so yards meant so much to me.  One day I will walk it, but for now, I will keep thanking God for every 10 seconds I can stand on my feet.

May God Bless and Keep You in His Grace,
'feeling very tall today'
Lynne 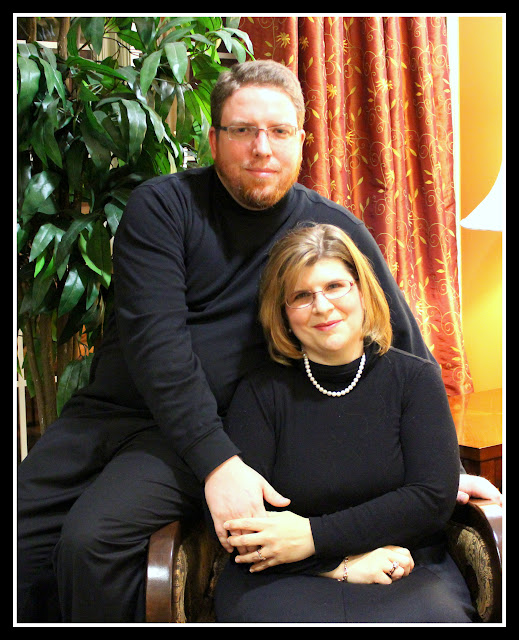 Spinzilla 2015 - End of Day 6...from a Disabled Spinner's Prospective!

Today had to be a 'down day'.  I tried but didn't get very far in spinning.  I got a few yards but my legs topped working.  I think I found my limit.  I usually find a way to work past them, 'If there is a will, there is a way', but today I had to concede I could go no further. Jeri Brock Turkish Spindle Merino Top with Sparklefire    Tomorrow is the last day of Spinzilla.  I was hoping to make my mile but with today down, it is less likely.  Maybe next year I will have an electric spinner and be able to spin more yarn.  My endurance capabilities didn't match my goals.  After this week I do see the importance of not insisting on forcing my body to do things it just can't do.  I am continuing to save for an Electric Spinner for Healing Fibers.  I want other disabled people to experience the joy of spinning even when moving their legs is difficult or impossible.  I see better the importance of using tools to fulfill your dreams instead of taking th

Spinzilla 2015 - End of Day 7,..from a Disabled Spinner's Prospective!

Yak/Silk Blend with Sparklefire as an accent.      Today was the end of Spinzilla 2015.  I have on my bobbin the last of the fiber I can count.  It is over, I have completed my first Spinzilla.  I have a goal to participate in Spinzilla every year that I spin so even though I knew it was a little green to tackle such a big project, I wanted to at least try.    I have not computed my yardage yet but I know I have fallen far short of my mile goal.  There are many reasons I did not achieve my goal: as I mentioned, I am a new spinner without the speed that comes with experience, I am disabled so my legs were not always as cooperative as I would have liked and I lacked stamina.  I can see now I might have overshot my goal without consideration of the ability of my legs which is hard to admit since I would like to think I could keep up with anyone.  An electric spinner would have made far easier work of at least part of the week, but alas, I am still saving.  Maybe next year....

A Memorial for Ren...

Today I pay tribute, far too soon, to my bonded glider, my rider, my friend, my comforter, my little love, Ren.  This is one of the most difficult posts I've ever written because Ren was very special. Ren Snuggling Grandma Pear...Astrid below If you have seen me over the last 3 years and asked to see a glider, there is a 99.8% chance, I pulled out Ren.  Ren is the one you took pictures of, or ran up and down your arm, she is the one that dove in your shirt, or sat quietly in your hand, usually squirming to jump to me and crawl back into my shirt to nestle down in her home. Ren riding on me...as she did every day. As many of you know, I have a damaged central nervous system that has caused a severe nerve condition.  When I go out in public, it is harder than most people realize for me.  I stress over having brain fog that prevents me from putting my words together easily, I quickly get nervous in my surroundings and am always dealing with a level of pain tha